Conceptual design
Project Overview
During the summer of 2020, I decided to re-design the TTC's wayfinding experience on buses to practice and develop my design skills. The TTC installed LCD screens to replace their dot-matrix displays in 2018. The purpose of these displays were to notify the rider of the upcoming stop, and if a stop has been requested. This was an excellent idea by the TTC, as it has potential to improve the wayfinding for its customers while on the bus.
My Contributions
Usability audit, User research, Requirements gathering, Personas, Wireframes, Prototypes
Outcome
As passionate as I was to this topic, at the end of the day, it's meant to service much more than just me. Getting the insight from prospective users/passengers allowed me to understand what common issues are currently in place with how they use buses, and what could be done better. People really are the most valuable resource.

On these new TTC Screens (pictured below), there was a lot of screen real estate that could be taken advantage of on the current LCD Screens. Seeing an opportunity to freely ideate my own innovative solution, this led me to conduct a 4 day design sprint to explore this problem and a potential use of this space. 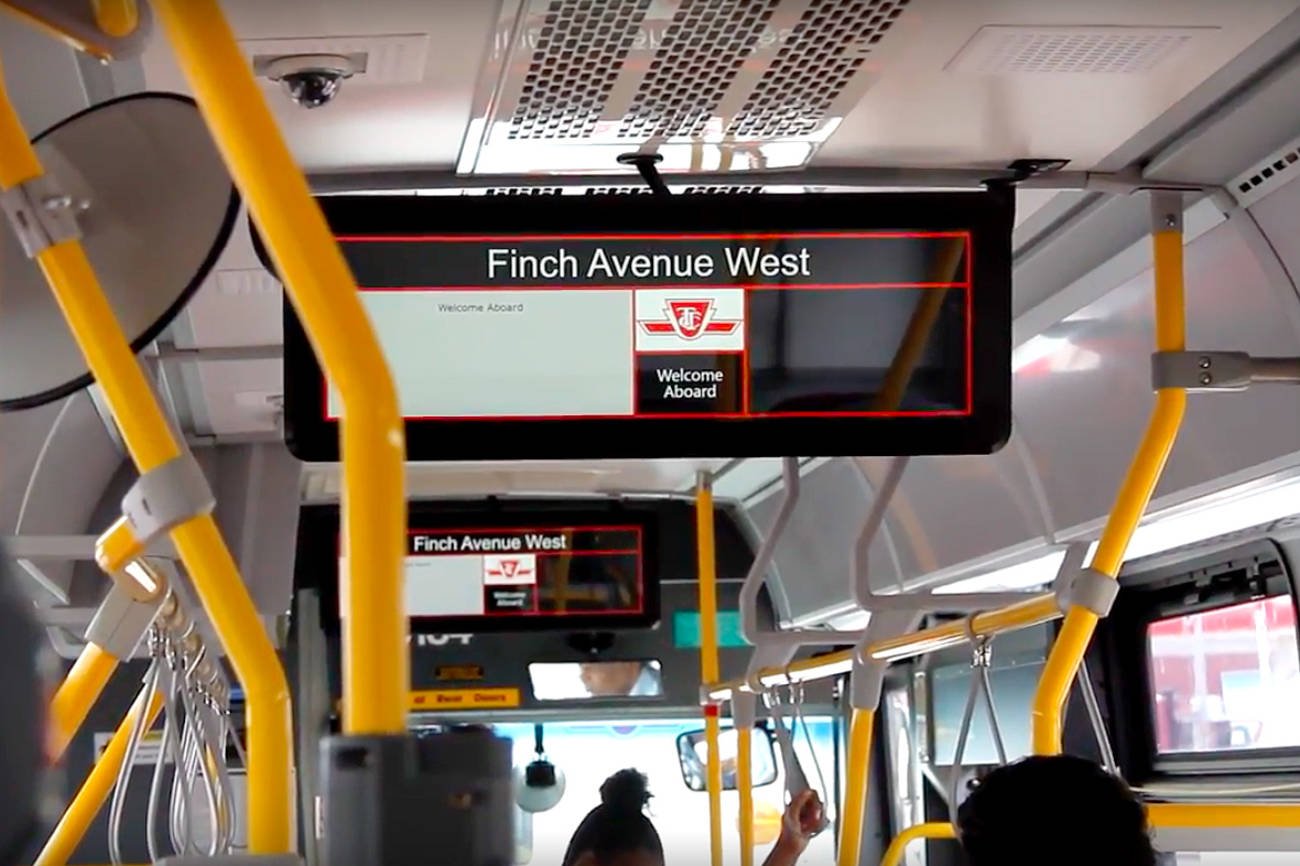 How can we provide riders with the best wayfinding experience on public transit buses?

Before I started my research, I decided to highlight what came to mind when thinking about transit to establish a baseline of understanding. By creating this mind map, I was able to build on the ideas I currently had while learning and adding on new concepts that I felt were necessary to include.

To reflect on the kind of users I would interview and attempt to understand them better, I conducted a PACT analysis, highlighting people, activities, content, and technologies.

People who are new to the city

People who aren’t from Toronto

Communication: Occurs during the passengers ride

I conducted brief interviews to understand how people currently use the TTC. I asked them about their experience from before they get on the bus to after they get off and what they feel is missing or could be improved. Below are some key quotes from my interviews.

“Because I don't have data, I will usually prepare ahead and attempt to memorize where the stop is, as well as the stop prior to, so I know where to get off in advance.”

“When I’m on my way to work, I stare at the LCD screen so I don’t miss my stop.”

After reviewing the answers I received from my user interviews, I combined the collective information and ideas into one persona to connect with for my design solution. 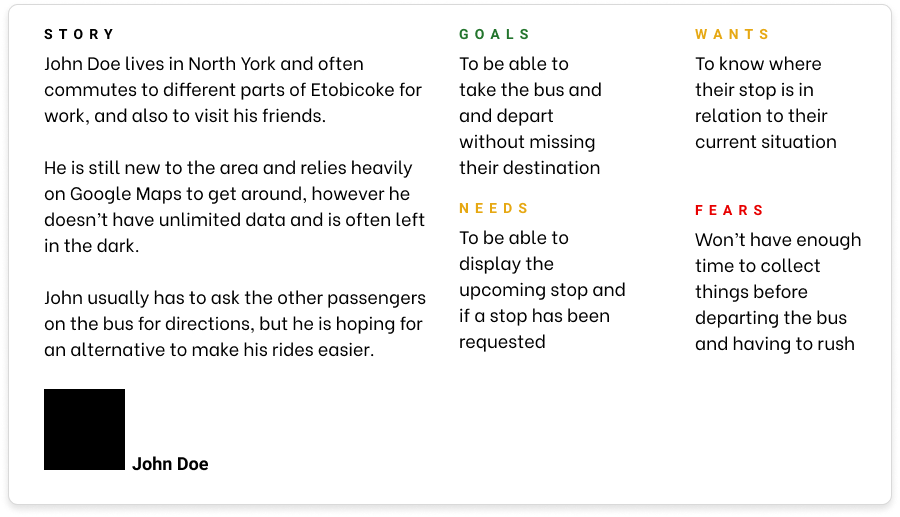 To determine the scope of my project, I drafted a MoSCow list to identify what were the essential components this project needed to have to be considered successful.

Information on the next stop

Information that a stop has been requested

Displaying multiple pieces of information at the same time

Information on the upcoming stop beyond the next stop

Information on service delays on the route

Information on service delays on the bus routes you pass

Information regarding subways and LRT’s

To create a passenger information screen that effectively communicates the TTC bus service.

With the idea racing around in my head, I wanted nothing more to go and sketch out potential ideas for the interface. Before I did that, I wanted to identify and understand the typical flow of a passenger using public transit buses. Below is a journey map of the experience.

My first step in the design was to brainstorm possible layouts for the new screen by sketching them on a pen and paper. I borrowed elements from existing transit wayfinding solutions, from the subways, to GO Buses, to the GO Train service maps. 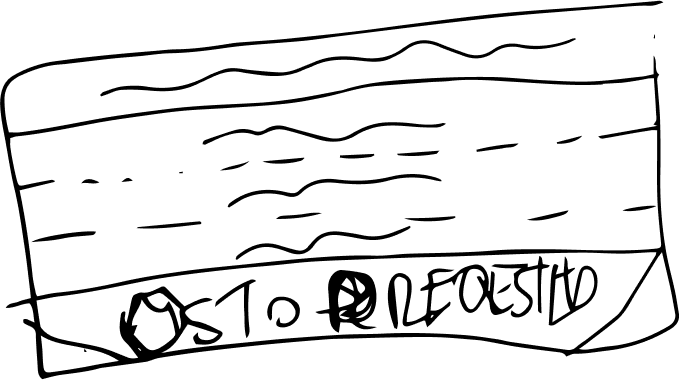 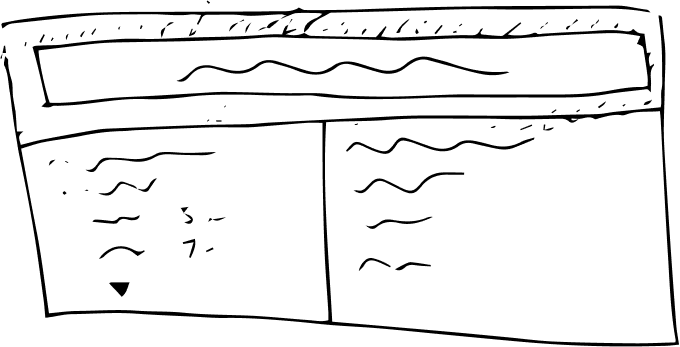 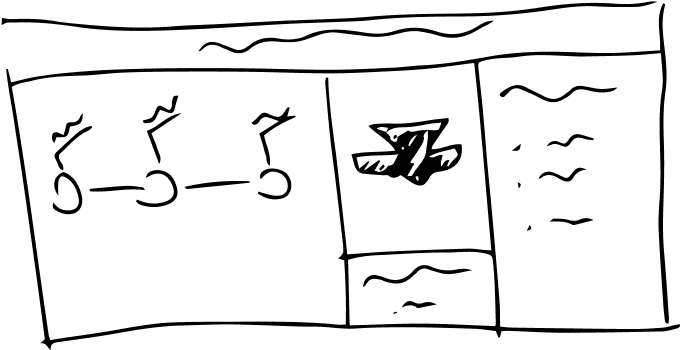 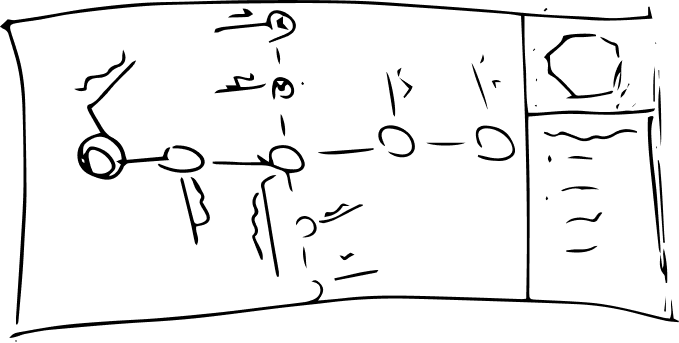 For my mid-fidelity prototypes, I wanted to highlight the functionality of the screen’s features by highlighting each element on the display.

To demonstrate the feature of showing upcoming stops beyond the immediate one, I designed a service map that would update during the buses journey.

One style drew elements from the existing screen and kept the Next Stop display to notify the passenger of the immediate upcoming stop.

Service delays were reserved to the right side of the screen, updating during the journey to reflect the upcoming stops.

Requesting a stop has now become its own partition on the screen rather than utilizing the same space as the Next Stop display, like the current TTC screens do.

To get a grasp on the efficacy of these new screens, I sent the prototypes to a few participants willing to help me test them out. They gave me essential feedback that helped me narrow down my design decisions to create a prototype that would serve the passengers of the bus better. Below are a few quotes from my participants:

"I think it's really important to keep it minimal, to be seen even from the end of the bus."

"I feel the second one has way too much information on it.

You should consider removing the delays notifications, it feels hard to read and you’re squishing too much"

“Yeah I like the TTC logo being static, but then the service delays become too small.”

The biggest issue that was raised in my focus group was that the Service Delays section was taking up too much space on the screen and was using a font that was too small to be read from varying distances on the bus. To eliminate that issue, as well as coming to the realization that there are times where delays aren’t present, I decided to incorporate the service delays into the same section as the Welcome Message.

To get an idea of the visual style I wanted to execute in the high-fidelity prototype, I took a look at how other designers showed wayfinding, both digitally and physically. Below is a few of the images that I found on Behance that helped me pick a visual direction.

For my final prototype, I went back to my focus group results which mentioned an overload of information. I tried to reduce as much visual clutter as possible by retaining the most key elements on the screen. This led to me to contain the Stop Request feature in the Next Stop bar, making it be illuminated red whenever a stop is requested.

As passionate as I was to this topic, at the end of the day, it's meant to service much more than just me. Getting the insight from prospective users/passengers allowed me to understand what common issues are currently in place with how they use buses, and what could be done better.

People really are the most valuable resource.

↑
call me beep me if you wanna reach me at: ginzbergben@gmail.com